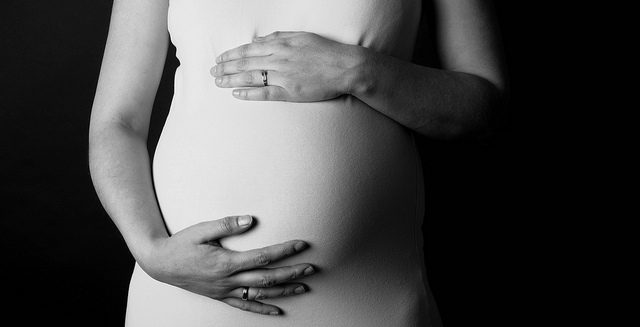 When Cristiano Ronaldo confirmed through his Instagram account that he had been the father of twins, he received more than 8 million “likes,” 290,300 articles were published on the subject worldwide, 71,000 of them containing the phrase “very happy.” There was only one thing that did not appear anywhere: the mother’s name. Who was she? How was her pregnancy and how did she feel after birth? How many times a day does she think about her children that she might not see again? Ronaldo does not mention it, and the only thing that is known about her is that she is an American citizen and that she received €200,000 for the babies.

In the debate on surrogacy, this is rather the norm. The media generally refers to surrogacy as a way to have children, not a way to lose them, despite the fact that this is what separates surrogacy from any other way of reproducing.

The media perspective is generally that of the buyers—their feelings, their desires (often called “needs”) abound. Mothers remain anonymous, as if they were workers in a baby factory. Sometimes they remain so anonymous that their children do not even know who they are. Like Ronaldo’s previous son, also born through surrogacy. Ronaldo’s sister confesses in an interview that his origins have been hidden: “We tell him that his mother is traveling. He doesn’t ask further. Once we told him that she was in heaven.”

No one seems to raise their voice to say the obvious: this is a blatant crime against the rights of women and children. According to Article 7 of the Convention on the Rights of the Child, each child has the right to his or her parents. Surrogate motherhood, whether paid or altruistic, violates this fundamental right. In surrogacy, children lose their mothers, and mothers lose their children. This is not creating families, it is breaking them up. And, as this is an industry (do not be fooled by the romantic stories of generous women who do it for free—altruistic surrogacy does not account for even 2% of cases) the reasons are economic. Let me be perfectly clear: surrogacy is the sale of babies. The rich buy, the poor sell. There is nothing progressive or postmodern about this practice: it is the same old exploitation of women and the global working class.

I have been studying what I prefer to call contract pregnancies since 2006. I have seen this industry grow and scandals become more frequent every day. Like the Japanese billionaire who ordered 16 children from different Thai clinics—his idea was to reach 100. What would a bachelor do with 100 babies? Who knows. Or like the Spanish couple who got so angry when their twins were not of both sexes that they refused to pay the surrogate mother’s hospital bills. The surrogate, Kelly Martinez, says, “They had paid extra to have both a boy and a girl and they were really upset.” They stressed Martinez so much that she developed preeclampsia, which can be deadly. Personally, I cannot help thinking that this couple acted more like disappointed customers than parents. Or when Asian mafias discovered this lucrative industry in 2010, and began to use the same strategies as in prostitution: abducting young girls, locking them up and using their bodies. How many European couples have had children from clinics in Cambodia or Thailand that were actually prisons? 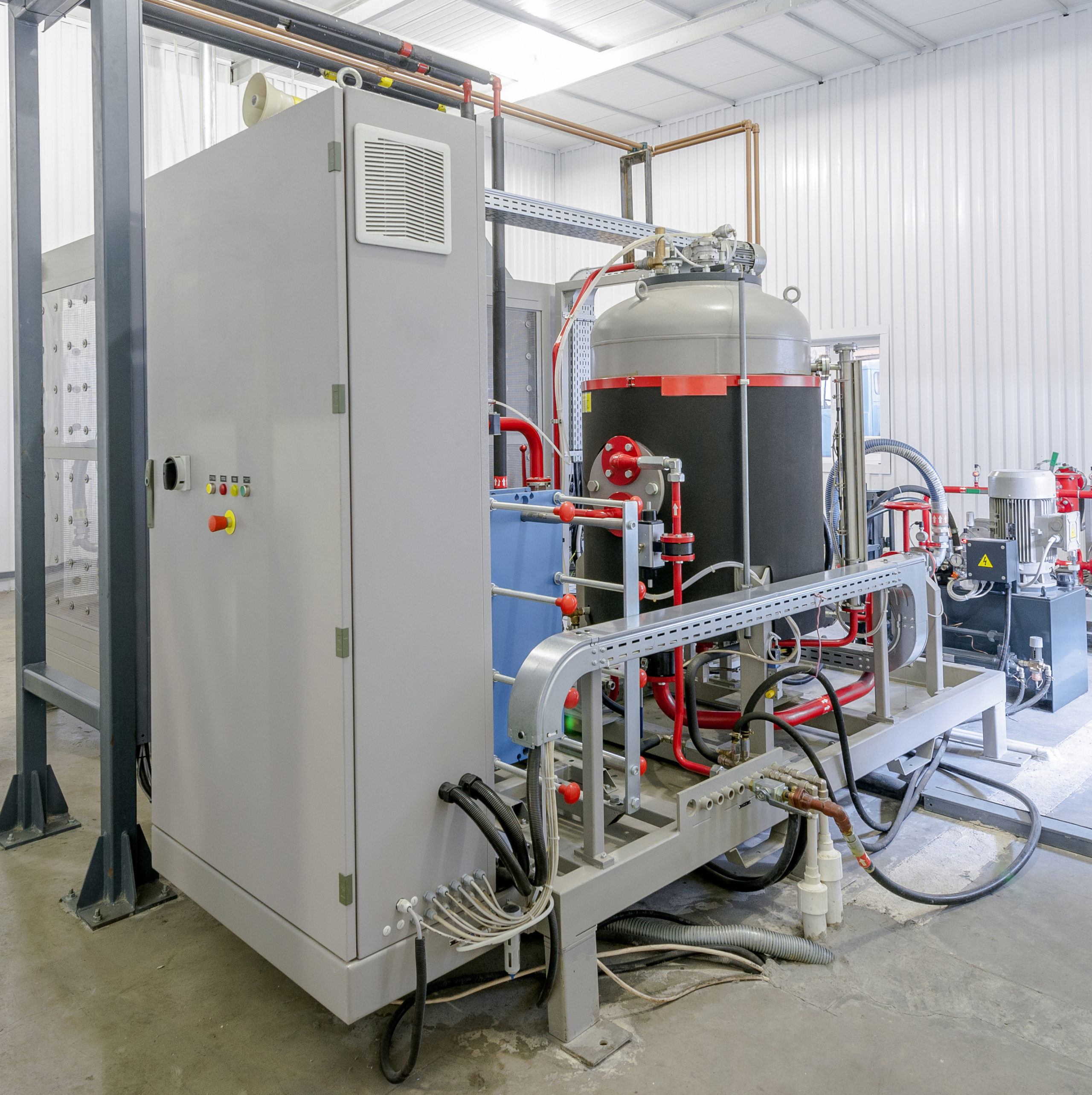 These scandals are not exceptions that will disappear with regulation. They are instead symptoms of an industry that turns women into factories, children into merchandise, and pregnancy into service. They are symptoms of a capitalism without boundaries—neither geographical nor ethical. Surrogacy is selling life itself, yet the advertising campaigns tell us that it is about love and freedom. Not only production of the goods consumed in the West is exported to Asian countries, but also reproduction of Western babies. Now, anyone in the European or American middle class can have a baby without going through the trouble of going through pregnancy and giving birth: simply transfer your genetic material and a Mexican or Ukrainian gets pregnant in your place. She bears the physical risks, she gains weight, she vomits, she feels the contractions, she gives birth, and her body will forever bear the marks of pregnancy. She does everything a mother does—but without even getting the title.

You can be against contract pregnancy from many perspectives. For me, being a feminist means that I cannot close my eyes to the deep patriarchal features of this industry where motherhood is something disposable while fatherhood becomes sacred. The rental wombs put into practice the words of Apollo in the Oresteia: “the one named mother is not the child’s true parent but the nurturer of the newly sown seed. Man mounts to create life, whereas woman is a stranger fostering a stranger.”

Surrogacy exploits the mother and then denies her existence. Whoever speaks of surrogacy as an expression of autonomy has not seen the contracts where this very autonomy is annulled. Who decides on what hormones are taken, what treatments are undergone, if an abortion is to be performed, whether an amniocentesis will be done, and even on the right to have sex or not? After the contract is signed, the buyers. Not the pregnant woman herself.

Being a Marxist, moreover, leads me to the conclusion that renting wombs are the height of what Georg Lukács called reification—the objectification of man. Here, labor does not feel like selling yourself—the surrogate mother is literally sold. She is not the appendage of the machine, she is the machine. She does not sell the fruit of her labor, she sells the fruit of her own flesh. Surrogate motherhood causes an immediate short-circuit in the theory of alienation. It is as if every other example of alienation were a metaphor and this is the true origin of the word.

But perhaps it is enough to be a humanist; it is enough to adhere to the fundamental concepts of human rights: that human beings should not be bought or sold. Neither should babies. Or maybe, especially not babies. It is enough to apply to the practice of surrogacy the laws that we already have—something that, curiously, has not been done yet. The majority of countries prohibit the sale of people, however, the philosophers have done a good job convincing us that contract pregnancies are something else. However, in recent years more and more countries have chosen to ban this practice. India, Thailand, Cambodia, and Mexico have legislated against this industry. The latest country to prepare a ban is mine, Sweden, where an official inquiry concludes that surrogate motherhood poses too high a risk for women and children. Recall also that the European Parliament condemns the practice of surrogacy, which “undermines the human dignity of the woman since her body and its reproductive functions are used as a commodity.” I hope that more countries will follow the same path. The fight against surrogacy will be the next great feminist battle. If we do not win, the real Handmaid’s Tale awaits us.

Kajsa Ekis Ekman is a Swedish journalist, writer and activist. Among her books is Being and Being Bought: Prostitution, Surrogacy and the Split Self.