By Jennifer Lahl, President of the Center for Bioethics and Culture 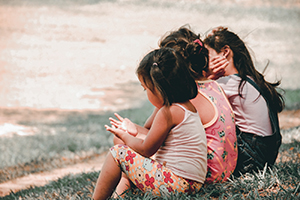 The November 2018 edition of British GQ features an essay titled, “It’s Time to be Grown Up About Surrogacy.” Senior Commissioning Editor Charlie Burton interviewed me as part of this essay, and apparently I’m not being grown up. Burton argues that the UK Law Commission “owe[s] it to childless couples everywhere to do the right thing.” And in his mind, the right thing is to change the laws in the United Kingdom to make it easier for surrogacy to be practiced. Current law allows altruistic surrogacy, but the intended mother and father have to formally adopt the child after birth, and surrogacy arrangements are unenforceable, meaning contracts entered into can be challenged by any of the parties who are part of the agreement.

As is customary with these sorts of interviews, I spent about thirty minutes on the phone with him, explaining my opposition to all forms of surrogacy and the reasons I hold this view. After our phone conversation ended, I emailed Burton a recent study from the journal Fertility and Sterility, which compared natural pregnancies to gestational surrogate pregnancies. This study showed that surrogate pregnancies were “significantly different,” with surrogate pregnancies having higher rates of preterm births, low birth-weight infants, and “significantly higher obstetrical complications,” including gestational diabetes, hypertension (pre-eclampsia), placenta previa, and higher rates of cesarean section.

The evidence supports my claims that surrogacy creates high-risk pregnancy situations, which jeopardize the health of the surrogate mothers as well as the health of the child or children being carried. These demonstrated medical risks clearly contradict the narrative that “surrogacy is perfectly safe.” As a matter of both public policy and proper medicine, these risks should give us all pause.

Surrogacy is Dangerous—and Yet it is Legal

Once Burton’s article was published, I naturally looked to see if I was accurately quoted. I was, thankfully. But what he wrote in response stopped me dead in my tracks:

I spoke to Jennifer Lahl, founder of the U.S. group Stop Surrogacy Now, to hear her concerns. “Most of the public don’t realize that [an IVF-based] surrogate pregnancy is more risky than a natural pregnancy,” she said. “Why would we put a healthy woman in a medically compromised situation?” She sent me a research paper supporting her claim. However, it only made me respect surrogates more. Childless couples are not going into this on a whim and if someone is willing to put themselves in harm’s way on a completely informed basis, isn’t that an amazing act of selflessness?

After I picked my jaw up off the floor, I realized we have reached a point in this debate where scientific and medical facts about risks and harms no longer matter. If we want something badly enough, it is perfectly acceptable that we allow healthy young women—often healthy young mothers with children of their own to care for—to risk their lives in medical procedures benefiting others.

As a nurse, I stopped and asked myself: where else in medicine do we use healthy non-patients who are being financially compensated to engage in risky and potentially life-threatening procedures?

Yes, we have human clinical trials, which are not without problems of their own. However, participants in these trials are informed of the risks involved, and trials have been through numerous safety tests, often using animals before human trials begin. Human subjects in these trials have the benefit of built-in checks and balances. First, Institutional Review Boards (IRBs) have to approve the study. Participants must be able to exit a trial at any time without punitive consequences. Confidentiality is protected, and many other protections must be in place before a trial even begins. People who participate in clinical trials are often not financially compensated. If they are, the amount is nowhere near what is paid to a surrogate.

By contrast, a surrogate mother in the United States easily makes $30,000–$40,000, but rarely if ever, does a human subject in a clinical research trial make such sums of money. The rate is even higher if she is a second- or third-time surrogate, or if she is willing to carry multiple babies. Surrogates generally receive an additional $5,000 for every baby beyond a singleton. Also, where a human research subject’s confidentiality is guaranteed and they can leave a trial without any negative consequences or punishment, by contract, a surrogate mother often is asked to waive her right to confidentiality and if she doesn’t comply with the agreement, she is threatened with breach of contract and instructed to pay the money back.

What about organ donation? Is that similar to surrogacy? Nope. Even when someone’s life literally hangs in the balance as they wait on an organ transplant list, we do not allow people to be coerced into donation or to be financially compensated for their organs. Why? Because we don’t want people to make decisions about their health based on financial need. We know that it would largely be poor and lower-income individuals who would sell their organs, while the wealthy have the ability to buy them.

We Need to Grow Up

According to Burton, surrogacy, as an “unorthodox and potentially traumatic” practice, “took root” after an episode of the television sitcom Friends in 1998, where Phoebe decided to serve as a surrogate for her brother and his wife. She carried triplets for them, grew attached, and wanted to keep one baby. Now, however, more and more people are having children through surrogacy, so it is seen as a “perfectly normal option for couples who can’t otherwise have children.”

In 2008, the United Kingdom legalized surrogacy. Since then, surrogate births in the United Kingdom have grown from “50 a year . . . to around 300 a year,” and high-profile surrogacy births to celebrities like Elton John have bolstered public opinion.

But the legalization of surrogacy and its growing social acceptance aren’t good enough for Burton. Due to current laws, the surrogate mother’s name is placed on the birth certificate, and her husband or partner is listed as the father. It can take up to six months to grant parental rights to the intended parents. Burton worries this creates all sorts of risks. What if the surrogate mother has complications and has to stay in the hospital longer than the baby? Who will the baby be discharged to? What happens if the baby is born with medical problems and the intended parents can’t make important treatment decisions for the commissioned child? What if the intended parents decide they don’t want the baby and the surrogate mother, who is listed as the mother on the birth certificate, is left with a child she never intended to keep?

Burton throws a nod to opponents of surrogacy, writing, “Not everyone agrees. The anti-surrogacy lobby believes that the whole practice should be outlawed because it turns, in their eyes, children into commodities.” He adds, “Detractors also argue that surrogacy is motivated by money—and that makes more women vulnerable. That claim is more relevant to the US states in which commercial surrogacy agencies are legal, as surrogates may be compensated around $40,000 in addition to expenses.” UK surrogates make “only” about £15,000 (roughly $20,000 USD).

It’s Time for a Reality Check

In the end, Burton’s arguments are shallow, and his prescriptions are downright confusing. He argues that surrogacy is a risky job, but he wants to be sure women aren’t paid too much so that we don’t exploit vulnerable women. Which is it? Are surrogates like high-rise window washers who should be compensated for assuming risks? Or are surrogates like low-paid housekeepers who serve the wealthy? Burton gives short shrift to opponents who worry that children are treated as commodities, but under the system he supports, this is exactly what they are. They are bought and sold, ordered to the particular specifications of the intended parents, secured and protected by commercial contracts.

On October 8, 2015, Brooke Brown, a US surrogate mother, died. She was carrying twins for a couple in Spain, where all surrogacy is illegal. The twins died too, one day away from a scheduled, full-term cesarean section for an otherwise uncomplicated pregnancy. Brooke was married and the mother of three young boys. In a matter of moments, three people lost their lives, three little boys lost their mother, and a husband lost his wife.

Burton would have us believe that what Brooke did was an amazing and selfless act. The truth is, Brooke was used. She lost her life because those who should have been looking out for her best interest—the medical professionals, the legal professionals, the couple who hired her to carry their children—were guilty of a selfish act.

Where are the grownups willing to speak up and tell the truth? Share this with your friends and family and encourage them to sign our petition to Stop Surrogacy Now!