by Jennifer Lahl, Center for Bioethics and Culture President

With a Democratic majority in both the New York Senate and Assembly, along with a Democratic Governor, victory for the surrogacy industry is within reach. A bill that would make commercial surrogacy contracts legal and enforceable in the Empire State has been slipped into the state’s 2019 budget, buried deep on page 392. 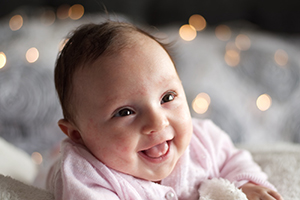 On November 9, 1980, Elizabeth Kane (a pseudonym) gave birth to a baby boy, in the first legal traditional surrogate contract pregnancy in the United States. Kane went on to write a book in which she laments her decision to be a surrogate mother.

Until the mid-1980s, surrogacy was uncommon, and there were few laws, if any, governing its practice. It wasn’t until the infamous Mary Beth Whitehead/ Baby M surrogacy case that states began studying surrogacy and passing laws to prohibit it or regulate it. In 1986, in the wake of that case, then-Governor Mario Cuomo called for the New York State Task Force on Life and Law to study surrogacy. The Task Force deliberated for a year before issuing its report and recommendations. The 1988 report analyzed surrogate parenting, “explored relevant family law principles, available data about infertility, the constitutional rights of the parties involved, and information about the practice in New York and nationally.” The New York State Department of Health website reports that

The Task Force unanimously recommended that public policy should prohibit commercial surrogate parenting. The members concluded that the practice could not be distinguished from the sale of children and that it placed children at significant risk of harm. They also agreed that surrogacy undermines the dignity of women, children, and human reproduction. The Task Force rejected the notion that rights as fundamental as the right of a parent to a relationship with his or her child should be bought and sold or waived irrevocably in advance of the child’s birth.

Legislation based on the Task Force’s proposal was enacted in 1992. The legislation embraces existing family law principles, rather than contract law, as the touchstone for public policy on surrogate parenting. As recommended by the Task Force, the law declares surrogacy contracts void in New York, and bans the payment of fees to women who serve as surrogates and to individuals who act as brokers for the arrangements. The law does not, however, bar surrogate arrangements that are voluntary and non-commercial; consistent with existing New York adoption law, a woman can voluntarily relinquish her child after birth. Under the legislation, the intended parents can reimburse the birth mother for reasonable medical expenses arising from pregnancy and childbirth but cannot pay her for relinquishing the child.

The Task Force’s recommendation led to legislation in New York that made commercial surrogacy contracts illegal in the state and those who violate the law subject to fines. Altruistic surrogacy is legal in New York, but the contracts are not enforceable. Currently, if an altruistic surrogacy arrangement happens in New York resulting in the birth of a child, the birth mother can only relinquish the child after its birth, and the intended parents must go through legal adoption proceedings to become the child’s legal parents.

As the old saying goes, “if it’s not broken, don’t fix it.” But that was then, and this is now.

In 2015, State Senator Brad Hoylman and his Assembly co-sponsor, Amy Paulin, introduced new legislation entitled “The Child-Parent Security Act,” which will legalize commercial gestational surrogacy contracts and allow the judgment of parentage to be issued before the child is even born. The intended parents and the surrogate do not even have to be New York residents, as long as the child is born in New York. This bill will allow anyone living anywhere in the world to commission a baby in the state, either by hiring a surrogate in New York, or by flying a surrogate in from any other state or country to give birth in the state.

This is opening the door wide to making New York State a reproductive destination spot. If it passes, in no time at all the #BigFertility industry will be setting up shop all over the state.

Hoylman has repeatedly complained that he had to go to California to have his two daughters through commercial surrogacy, since California is a very surrogacy-friendly state. He wants to change New York’s law so that people are not inconvenienced by having to travel out of state in order to contract with a surrogate mother.

Paulin has her own history of struggling with infertility; this has led her to have sympathy for other couples like her, and for gay men who use surrogacy in order to have a half-biological child. Gay men overwhelmingly use “donor” eggs; hence the push to change New York law to allow for gestational surrogacy, in which the birth mother provides the womb but not the egg. Egg “donors” are compensated, unlike organ donors. This new law legalizes the commercial egg trade, too, while never once mentioning the health risks to women who contribute their eggs or their wombs. It does not offer them any sort of protection against damage done to their health and well-being.

Until now, the Child-Parent Security Act has not come up for a vote, even though it has been reintroduced year after year. Hoylman said the reason for the bill’s stalling all these years has been the lack of public education and awareness of surrogacy. He claims that “science has evolved to the point a surrogate can carry a child not genetically connected to her, and it clears up ethical concerns.” Even with twelve co-sponsors of the bill and the support of the New York Chapter of the National Organization for Women (NOW), the bill has stalled because before 2019, the Senate was controlled by the GOP and did not have the votes to pass the bill.

As I said, that was then, and this is now. Now there is a Democratic majority in both the New York Senate and Assembly and, of course, a Democratic Governor. Victory is within reach to make commercial surrogacy contracts legal and enforceable in the Empire State: the bill has been slipped into the 2019 state budget, buried deep on page 392.

What We Know Now

Hoylman asserts that “science has evolved,” and Sonia Ossorio, President of NOW New York agrees, saying, “So much has changed since Baby M.” In fact, the statement by NOW of New York City opens by saying,

Existing New York law, which bans enforceable surrogacy arrangements, is premised upon old medical technology—when the surrogate was the genetic mother of the child. While this ban may have been appropriate at the time, a lot has changed since the law passed in 1992. Now people are building their families through the common and widely accepted practice of gestational surrogacy, where the carrier has no genetic connection to the child.

Yes, so much has changed with the science of surrogacy and assisted reproduction. Here is what we know now in 2019 that we did not know in 1992, when the existing law was passed.

From a December 2017 article in the prestigious academic journal Fertility and Sterility, we learn about the health risks to babies born through surrogacy:

[N]eonates born from commissioned embryos (embryos made from IVF) and carried by gestational surrogates (women who have no genetic relationship to the embryo) have increased incidences of preterm birth, low birth weight babies, maternal gestational diabetes, hypertension, and placenta previa, compared with the live births conceived spontaneously and carried by the same woman. These pregnancies are also more likely to end in cesarean section rather than vaginal birth (which equates to more risks to both surrogate and baby).

Need more evidence of the evolving science around surrogacy? Dr. Allen Merritt, a perinatologist at Loma Linda Medical Center published a snapshot of the medical outcomes of the surrogate deliveries that took place at his Medical Center in 2012 and 2013.

RESULTS: Analysis of sixty-nine infants delivered from both gestational and traditional surrogate women found an increase in multiple births, NICU admission, and length of stay, with hospital charges several multiples beyond that of a term infant conceived naturally and provided care in our nursery. Among singletons and twins, (per infant) hospital charges were increased 26 times (P < 0.001) and in triplets charges were increased 173 times (P < 0.0001) when compared to a term infant provided care in a normal nursery at our center.

CONCLUSION: Maternity costs for surrogates exceed those of women who conceive naturally, and these costs are especially magnified in women with triplets and multiple births.

So, if we want to keep up with science and truly recognize that “so much has changed,” how can we ignore these data? How can we push forward with a bill that legalizes a practice that, as the task force put it, “undermines the dignity of women, children, and human reproduction”?

So much has also changed in how we view women in a post #MeToo, #IBelieveHer, and #TimesUp era. By now, we should all know better than to think of or refer to women as objects, commodities, or carriers. How dehumanizing is it to see a large feminist organization like NOW referring to women as carriers, as if we are robots. One surrogacy lawyer, Diane Hinson, even claims that these “carriers” do not bond with the baby that they nurture, protect, and grow within their bodies for nine long months. Instead, “the gestational carrier bonds to the parents, and that’s what we want to have happen. That’s the key—that it’s somebody else’s child. These women, they just renew your faith in womankind.”

I ask you, Governor Cuomo, Senator Hoylman, and Assemblywoman Paulin: Is the “Child-Parent Security Act” really about the security of the child and the parent? Or is it about the wealthy—those who have the means to purchase children and who believe that they have a right to a child, a right to put women and children in harm’s way, and a right to undermine the dignity of others?