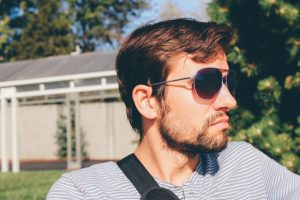 My name is Vincenzo. I am Italian and I’m gay.

Normally I don’t feel this need to label myself because I think sexuality is simply a detail. On this planet we are men and women — people — that’s all. But on the topic of surrogacy it’s important to specify my sexuality because I must shatter the myth that all gay men are in favor of this horrendous practice.

Recently the Italian movement “Se Non Ora Quando” (translated, “If not now when?) launched a survey to determine what Italians think about surrogacy. It’s no coincidence that Se Non Ora Quando, which is concerned with violence against women, conducted this first-time-ever national survey on surrogacy in my country.

I wasn’t surprised that the results revealed that 48% of Italians oppose surrogacy in all cases while 41% are in favor — but only in some cases. Of those in favor, 70% of Italians would allow surrogacy only for heterosexual couples because to us, the idea of a child being raised by two men with no mother at all is horrifying. Of those Italians who approve of surrogacy, 23% say they only support payment-free “altruistic surrogacy,” to ensure that the woman is not being exploited because of her economic need. But even in those two cases — the heterosexual couple or the cases where there is no exploitation — I still have to ask, “what about the child?”

In Italy it’s illegal to remove a puppy from its mother prior to the 60th day of life. That’s because we recognize the importance of motherhood even for newborn animals. If the bond matters this greatly for puppies, how much more so for human children? A child is not a dog who just needs shelter, some food, and some cuddles. A child is a person, and his or her rights come first. Specifically, the right to their father *and* mother. Why do we pass laws requiring puppies to be with their mothers for 60 days, yet encourage practices like surrogacy that require human babies to lose their mother on day one?

When I was living abroad in London and Australia, I was shocked to meet many people who are in favor of what I consider to be a form of human trafficking. One that sees children as items to be purchased and women as incubators for rich infertile heterosexual couples, gay men, or even single straight men. The case of Ronaldo, the footballer who had his children basically shipped to his home from America, comes to mind. Ronaldo doesn’t seem to understand that women should not be for rent. And children should not be for sale.

In Italy, attitudes are different. Not because Italians are homophobic or bigots or live in the dark age, though I’ve heard these stereotypes promoted by the gay lobby during my stay in London. Our attitudes are different because Italians place great importance on children’s rights. Here, children are not considered by most people as “things” that can be bought. Children are seen as citizens, as people. And the even more — the most vulnerable people of all.

Another thing that sets Italy apart is that we consider the mother/child bond to be sacred. We know that little babies want and need their mum in a way that they do not need their dad.  It’s a biological thing. It’s not about dads being inferior or needing to compete with the mother. Their paternal role is equally important; but in the early stages of life, it’s the mother/child bond that is vital. To the baby, mum is the most important person in the world. He recognizes her voice alone, he has heard her heartbeat for 40 weeks. He knows her smell. In Italy we say, “La mamma è sempre la mamma” or “mother is always mother.” The role of mother is revered in almost a divine sense. You say “Oh God!” And we say “Mama Mia!” In Italy, women can’t be rented and motherhood cannot be sold.

Another thing I was shocked to learn while living abroad is that most gay men support surrogacy. In fact, it’s seen as strange for a gay man to be against it. But in Italy we have loads of famous gay celebrities who have spoken out against this practice that reduces women to instruments and treats children as products. From singer Cristiano Malgioglio who said, “the word ‘mum’ cannot be erased,” to Dolce and Gabbana who have withstood vicious attacks from foreign gay men like Elton John for their stand against artificial conception, it’s the norm for Italian gay men to reject surrogacy. Overseas gays could learn a thing or two from Italian gays. Namely, that a child is not a “right,” a child is a person.

I would have never wanted to be raised by two men. Especially by two men who manufactured me using the genetic material from one mother and then who paid another mother to give me up. It’s absurd. The LGBTQI lobby seeks to hide the terrible consequences that this practice inflicts on the human child. Children don’t stay children forever. They grow up. And the burden of being bought like an expensive car and sold by their mothers will have a detrimental effect on them. Here’s one boy born of surrogacy who shares his perspective:

My biological mother (who gave my dads her ovum for my birth . . . ) comes my house often. She’s 38 and my dads’ long time best friend . . . I want to call her my mom but my dads always get mad when I try . . . actually I’ve already call her mom when my dads are not around and she liked it . . . she and I have lots of connections with each other . . .

We all know that a baby would never abandon his mother. Italians oppose surrogacy because it requires a mother to abandon her child. And that’s incredibly cruel. Even as a gay man, especially because I’m a gay man, I condemn surrogacy out of love for children.

This article originally appeared at Them Before Us.