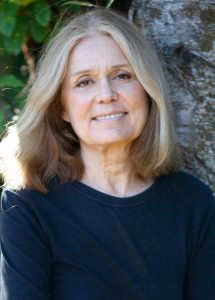 A few months ago, I joined over a hundred women leaders in New York State who wrote a letter to Governor Andrew Cuomo opposing the “Child-Parent Security Act,” a bill that would legalize reproductive commercial surrogacy in our state. We need your help to stop this bill. Women’s health, rights and lives may depend on it.

The danger here is not the use of altruistic surrogacy to create a loving family, which is legal in New York now, but the state legalizing the commercial and profit-driven reproductive surrogacy industry. As has been seen here and in other countries, this harms and endangers women in the process, especially those who feel that they have few or no economic alternatives.

Under this bill, women in economic need become commercialized vessels for rent, and the fetuses they carry become the property of others. The surrogate mother’s rights over the fetus she is carrying are greatly curtailed and she loses all rights to the baby she delivers. The bill ignores the socio-economic and racial inequalities of the reproductive commercial surrogacy industry, and puts disenfranchised women at the financial and emotional mercy of wealthier and more privileged individuals.

The process usually starts with an egg donor, typically a college-aged woman who is herself a victim of an educational system that does not provide free or affordable college education. She is often given fertility drugs, oral or injected, and not warned about such side effects as headaches, bloating, nausea, breast tenderness and an ovarian hyperstimulation syndrome (OHHS) that can vary from physical discomfort to life-threatening illnesses. Then the surrogate mother is also at risk of all the documented medical and psychological injuries of pregnancy and birth, including an inability to bear other children and even death.

The bill does not warn against any of the above risks.

In addition, the bill’s only requirement of what it calls the “intended parents” is a 90-day residency in New York State, which is waived if the baby is born in the state. No background checks are required, much less the home visits and attention to psychological and economic stability that are required of adoptive parents.

This means that anyone, from a well-intentioned and loving couple to a sex trafficker or pedophile, could come to New York and enter into a commercial surrogacy contract.

The bill also allows for any woman, from anywhere in the world, to be brought to New York, by anyone, in order to carry a commercialized pregnancy. This carries the big risk of human trafficking for reproductive and other exploitation of both women and children.

Reproductive commercial surrogacy is banned in almost every country in Europe, as well as in India, Thailand, Nepal and Cambodia. If this bill becomes law, New York could therefore become the perfect destination for a global multi-million dollar commercial surrogacy industry that has already given other countries cause to ban it.

In 1992, Governor Cuomo’s father, Governor Mario Cuomo, founded the New York State Task Force on Life and Law, and six years later, issued a report unanimously recommending that public policy prohibit reproductive commercial surrogate parenting because it is harmful to the women whose bodies are used, and to the children they bear.

The two decades that have passed since that report was released haven’t erased or reduced the tragic risks of commercial surrogacy: it undermines women’s control over their bodies, jeopardizes women’s reproductive rights, renders women vulnerable to reproductive trafficking and exploitation, and further subordinates women as second-class citizens, all with a third-party profit motive that is unregulated.

New York State must continue to take the lead in protecting women’s rights, as it has done up to now under Governor Andrew Cuomo. A state that medicalizes and rents out female bodies – with third party profit as a motive and little or no regulation of risk to the women egg donors and surrogate wombs – jeopardizes a woman’s fundamental right to health and freedom and puts profit ahead of the long-term welfare of the fetus.

Any legislation that legalizes and allows profiteering from body invasion – for instance, becoming an organ donor, an egg donor or a surrogate womb for impregnation and nine months of pregnancy – must have many more safeguards than this legislation does. For all the years from menstruation until the end of fertility, it could turn the bodies of disenfranchised women, both U.S. citizens and legal and undocumented immigrants, into profit centers.

It could also hurt the honest and caring parents of a child born under the conditions of this bill. What are they to say when asked about the welfare and identity of the woman who gave birth to their child?

Women, children and families deserve a life that is not dictated by the profit of a commercial third party.

I thank you for taking the time to read this – and taking action.

With hope for a future of safety, love and freewill,
Gloria Steinem

Here’s a sample message to send your legislator:

I join the women’s rights leaders against the Paulin-Hoylman so-called Parent-Child Security Act to legalize commercial reproductive surrogacy (A.1071 & S.2071). This bill risks the health and welfare of women in economic need, and could result in increased exploitation and reproductive trafficking of vulnerable women, both citizens of this country, and legal and undocumented immigrants. Please do not support this dangerous bill.

Below are links to the Assembly and Senate Member directories with their emails.
NYS Assembly members
NYS Senators