NOTE: On February 2, 2016, several of the original signers of the StopSurrogacyNow petition gathered in Paris, France, with hundreds of others to speak at and attend a conference entitled Vers l’abolition de la GPA (toward the abolition of all surrogacy). You can read the conference charter in English or French, and sign onto it at the conference website.

StopSurrogacyNow signers who spoke at the conference included:
Sylviane Agacinski from France
Kajsa Ekis Ekman from Sweden
Julie Bindel from the United Kingdom

Below, with permission to reprint, are remarks that journalist and author Eva Maria Bachinger presented at the conference.

A Plea For Clear Limits 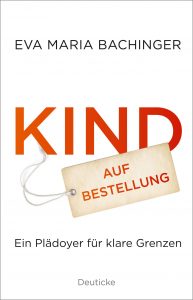 I would like to speak briefly about the results of my research for my book Child to Order (Kind auf Bestellung). I have researched for two years, I have read many studies, reports, and books, and I have talked to many experts, couples, parents, children, donors, and surrogate mothers. So I try to describe the situation and present facts.

To have children is no longer dictated by nature. Medicine and science are able to fulfill almost any desire and make nearly everything possible. Everybody can have a child–has even a so-called right to a child–it does not matter in what kind of relationship he or she lives. Everything can be planned and controlled, and seems to be safe.

Of course this is an illusion, but one our society believes in. Therefore I think the reproductive medicine and genetic diagnostics are only symptoms of the ruling thinking that says: “everything is possible.” Everything is for sale–so also the desired child.

There are nearly no official statistics about the number of surrogate mothers or children. The profit is estimated at about four billion US dollars, a number that seems to me to be too low. In Thailand alone about 2,000 couples from abroad hire a surrogate mother each year. As Thailand and India have stricter laws now, the market is booming in countries like Mexico.

The London School of Economics tried to get facts on behalf of the European Parliament. Thirteen clinics were contacted in Europe; only six have sent information. Their figures show an increase at a low level. In the Netherlands, where so-called altruistic surrogacy is allowed, only two children were registered in 2013. As the number of children by surrogate mothers is steadily increasing it shows that the reproductive tourism does not stop, even if there is a liberal law.

Most of the couples go abroad to cheaper, poorer countries. In addition, in western European countries there is a lack of women who are available for surrogacy. In 2013 in France, about 200 children were born, in the UK about 150. The surrogate mothers all came from abroad: Russia, India, the US. In the US in 2014, about 2,000 children were born, three times more than ten years ago. Since many private clinics are not registered, for example in India, but also in the US, the authorities have no overview.

Also in Russia, experts assume that the data is not complete. More than 900 surrogacy programs were documented in 2012, about 300 children were born. Two thirds of the programs did not lead to a child. The agency Surmama alone reports about 76 children in 2012. So we can assume the total number is much higher, since there are at least 140 clinics, officially.

I have found out, that there are also so-called “all inclusive packages” and “flat rate programs,” such as in Russia for $60,000. When I have asked the surrogate mothers or the doctors how much of it the surrogate mother gets, they did not answer. The couple gets a baby guarantee: they can try and try as often as they want, change the donors and change the surrogate mothers. The women who are not successful get no money at all. For the successful ones it is estimated that they get $8,000 in the end. Surrogate mothers in Russia told me that they live in an apartment together for nine months, but they are not allowed to talk about the details of the contracts. In Ukraine there are so-called “Best Deal Offers” for $30,000, also with a 100 percent baby guarantee.

Even in countries where there is so called “altruistic surrogacy,” as in Great Britain or Greece, surrogacy is paid illegally, or they call it paying for expenses like hotel, food, etc. In the UK, for example, this amounts to $20,000. In Greece, where each case must be controlled by a judge, the law says that there must be a close relationship between the couple and the surrogate mother, and they have to be residents of Greece. But in most cases there is no close relationship and most women come from Eastern Europe. It is most likely that they get paid for their services, reports Greek sociologist Aristides Hatzis.

A survey the London School of Economics carried out for the European Parliament showed that 90 percent of the contracts of agencies in California paid the fee only if the woman got pregnant. In poorer countries like India, most of the women are not able to read the contracts, reports the Indian NGO Sama. Surrogate mothers are in general single moms, they are always coming from poorer and middle income groups, also in the United States, says the report on SSurrogacy in America.”

I have not found a privileged, rich surrogate mother. Maybe there is sometimes an altruistic reason, a will to help childless couples, but the money is the main reason. If you hear about “altruistic” surrogacy or egg “donation,” in most cases it is just propaganda of the clinics, and comes from intended parents in order to avoid feeling guilty.

A contract from the United States, which I have seen, includes 22 pages. Everything is regulated in detail. A surrogate mother may no longer use hairspray, no nail polish, she is not allowed to lift heavy things — “including children” was even mentioned. They have to stop travelling, no tanning studio, and no sex with the husband or any other man until confirmation of the pregnancy, also later only if the doctor allows it. Coffee only once a day, no insect spray, no raw meat, no fish, no new tattoos, no piercings, no cat litter. Of course they must complete all prenatal tests and report daily to the intended parents via telephone, email, SMS. The situation in poorer countries is even worse because there the women are separated from their families and live in a house nearby the clinic. If the child is handicapped, the woman has to abort — she has actually no choice. So if the supporters of surrogacy talk about the great freedom of a surrogate mother I can only view this as cynical.

One important result of my research was: Most of the women receive no money for their many attempts to get pregnant, not even for pregnancy per se, only if it leads to a child. That needs to be a healthy child, of course. Therefore, by every right you can call it a sale of children. Money for child. A child is ordered, delivered, and paid. As we know, the trade with children is not allowed. If we allow surrogacy worldwide, and therefore the sale of children, then the question has to be raised: Why do we not legalize the trading of humans at all? Even though human trafficking cannot be prevented always and everywhere, but no thinking person would want to legalize it. When it comes to children, sadly this principle does not exist anymore.

The right to know one’s origin, this right of children, is ignored too. Since neither European nor global donor or surrogate registries exist, the children rely on the goodwill of private clinics to find out about their biological parents. States must guarantee access to these data.

Moral and ethical standards are seen as obstacles to maximizing profit. Therefore capitalistic systems ignore and destroy those standards. One ethical standard, International Convention on the Rights of the Child, is ignored in favor of the so-called right to have a child, and the profit of clinics. That is the real scandal. Many supporters of surrogacy talk a lot about human rights. In this issue, they tend to forget the rights of the children.

Actually, I have the feeling that they do not know much about the meaning of human rights. Nearly every human right must always be balanced with other human rights. But in this issue, the right to have a family is interpreted as an absolute right. That is wrong. It is limited because of the rights of children. Human rights were established to protect mainly the weak, not the strong. It is obvious that in this case the children and surrogate mothers are weaker than the adult clients. The International Convention on the Rights of the Child is a fact. Nearly every state in the world — except the United States — has adopted this convention. We have to follow international law.

So, I resume: Surrogacy contradicts the International Convention on the Rights of the Child. Surrogacy is against the dignity of women. Surrogacy is proof that we want to have everything for sale.

My book has the subtitle: A Plea for Clear Limits (Ein Plädoyer für klare Grenzen). I think, with regard to surrogacy, we have already passed the limit.

Eva Maria Bachinger is a journalist and author